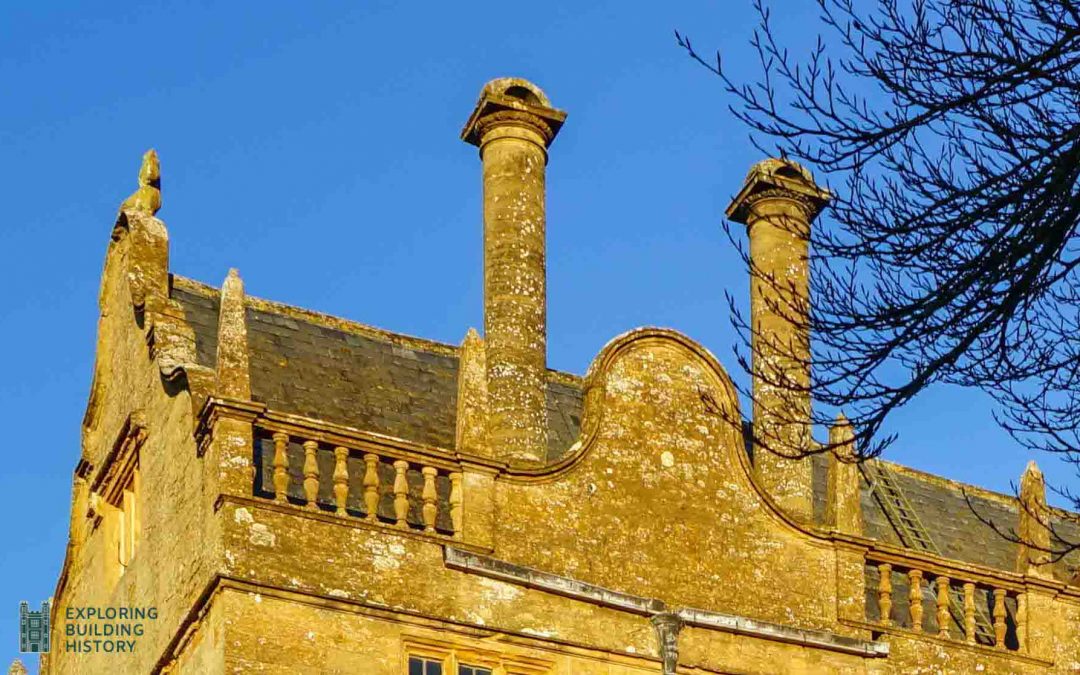 Figure 1: Montacute House, Somerset. Balusters forming part of a balustrade on the roofline (circa late 16th C). Montacute House was a complete new build and elegant balusters were part of the design.

The baluster became an architectural element employed in high-status, late Tudor houses. The design of balusters had by the late Tudor period in England become the elegant colonettes of balustrades. These had developed in style during the Italian Renaissance in the 15th C.

Whilst they became a common feature of the country house in latter centuries, they were part of a different world emerging at the time. Having moved away from the defensive courtyard house the period heralded display, unique design and taste. This new generation of balusters differed significantly from the robust old Anglo-Saxon window balusters of churches.

However, the Renaissance baluster started off in England in the mid-16th C. The first building incorporating them being the Strand elevation of Somerset House in London.

The balustrade design is derived from Serlio. The original classical ornament was a single baluster used to support candelabra or funerary urns in Roman times. In Italy in the late 15th & 16th Cs the balustrades of multiple balusters were used to define the edges of terraces, balconies and loggias. Somerset House was unique – the roof-edge balustrade provided protection for roof-top walks. (Girouard, p. 144) The balustrade was also replacing the battlements on rooflines.

Figure 2: Strand façade of Somerset House, Westminster, London, circa 1547 to 51. Drawn by John Thorpe. Built by the Duke of Somerset, Lord Protector (circa 1500 to 1552). An over-mighty subject who built Somerset House as a palace fit for a military hero. He was unable to enjoy it as he was executed on the 22nd January 1552. Source: ‘Somerset House Strand Facade’, Image: © Sir John Soane’s Museum, London.

Sebastiano Serlio’s Regole Generali Architettura was a significant influence on Tudor architecture. His third and fourth books were published in a different order to Serlio’s numbering. The fourth book was published in 1537 and the third in 1540.  These 2 books contained many illustrations and were read for the drawings rather than the text. It was in Serlio’s work that the first illustrated 5 orders of architecture were shown (Tuscan, Doric, Ionic, Corinthian and Composite). The Strand elevation at Somerset House was the first attempt to apply the classical orders correctly in England. (Thurley, p. 211-212).

Shortly after the Strand facade was built, the roof-walk idea was copied at Lacock Abbey. Sir William Sharington remodelled the dissolved Augustinian Nunnery in the mid-16th C. The straight-line balustraded roof-walk leads to Sharington’s tower. The walkway parapet is a later replacement (Girouard, p. 145). The tower balusters appear similar to those in Thorpe’s Somerset House Image. They are also similar to those on Montacute House. 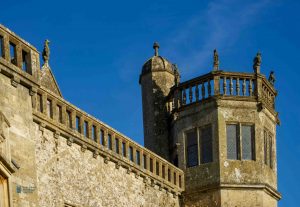 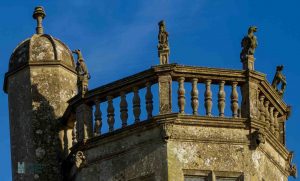 Figure 5: Detail of the balusters at Lacock

Figure 6: Longford Castle, near Salisbury Wiltshire (late 16th C) – detail of the balustrade of the first storey loggia. It was restored by Anthony Salvin in the 19th C to original late Elizabethan design.

Another use for balusters in the late Tudor period was staircases. 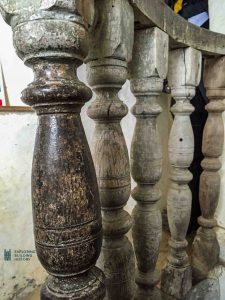 However, there are balusters in Somerset that do echo the Anglo-Saxon design. These are at Cothelstone Manor, which lies in the Quantocks. Both the manor and it’s 16th C gatehouse have tripartite baluster mullions for their window design. 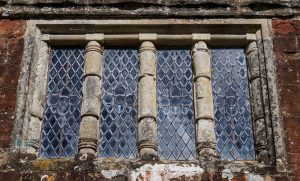 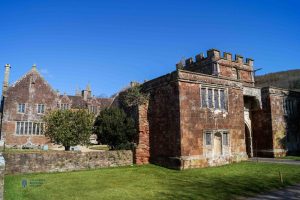 Figure 9: The ancient manor house at Cothelstone was probably remodelled by Sir John Stawell (1536-1603). He enhanced the grounds with new courts, a bowling green and the distinctive gatehouse.

The balusters at Cothelstone hint at possibly the mid-16th C. The mullions are certainly unique and may not have any connection to the Anglo-Saxon baluster shafts found in churches. Perhaps the mullions were just viewed as a desirable design.

One of my favourite buildings in Taunton is Café Nero in the centre. It was a late medieval hall and upgraded to a smart Tudor townhouse in the late 16th C. Recently I was awaiting my Americano and couldn’t help admiring the column on my right. It reminded me of an Anglo-Saxon baluster shaft

Balusters were becoming popular in country house design during the Tudor period but tended to be of the elegant designs coming from Europe. The mock-Anglo-Saxon mullion design at Cothelstone is curious as is the column in Café Nero. I found myself wondering about how the skills and tools of the stone masons and carpenters had increased significantly in the late 16th C to create stylised, elegant columns, mullions and balustrades. It provided me with something to mull over whilst I drank my coffee!